Mysterious explosion heard in Sipitang, Labuan, Lawas (Sarawak) might originate from a sonic boom high in the skies...

KOTA KINABALU: The mysterious explosion heard by many in Sipitang, Labuan, Lawas (Sarawak), and parts close to these areas on Sunday (Jan 31) could have been a sonic boom or a meteorite which exploded in mid-air.

The PABD then issued a notice seeking eyewitness accounts of the phenomenon, which is believed to have occurred at about 11 am.

Some Bruneians later shared their experiences and uploaded blurry pictures of what appears to be a fireball trailing smoke to PABD’s Facebook page.

A Sabahan in Brunei, Joey Yong, said she heard something like extremely loud thunder but did not know what it was.

The accounts from these witnesses may be found here.

Earlier, authorities in Sabah, including the navy, police and fire brigade, said they did not receive reports of any incidents that could have caused the blast.

Sabah Meteorological Department director Amir Zudi Hashim said the department did not record any seismic activity that could have caused the sound. 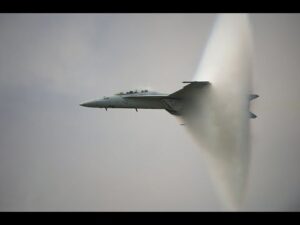 People in Sabah who claimed to have heard the blast said they felt the earth shake when the explosion was heard.

How much sound can your walls block? With STC testing in Field Sound Transmission Class measurement

In addition to the wall STC test performed in the testing laboratory, By using a standard ASTM E90 or ISO 140 eye test or building a mock up test, we can also provide onsite acoustics testing services for rooms that have already been built. This is known as the Field STC test in accordance with ASTM E336 or ISO 140-4, where the field STC test value is usually low. Than the results of the STC tested from the laboratory This is due to the fact that laboratory testing has completely eliminated the factor causing flanking transmission, known as flanking noise. This is different from the actual installation location where there is still a flanking transmission factor.

Test in the laboratory and the room where everything was installed is complete.
Geonoise (Thailand) Co., Ltd. offers all types of sound testing services by modern and international standards And give advice that is technically correct by the audio engineer directly