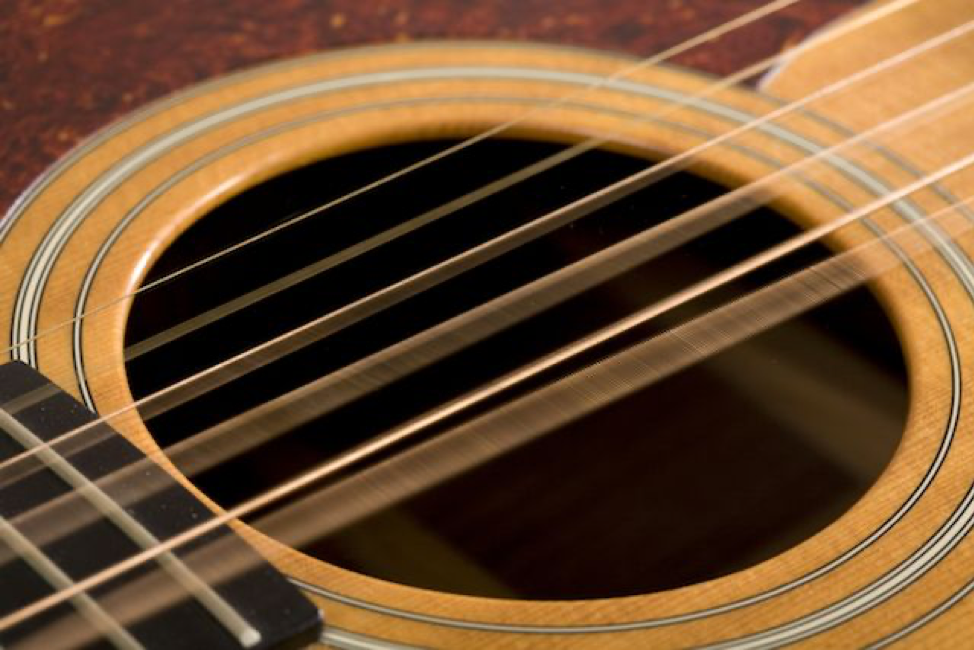 Scientists at Lancaster University and the University of Oxford have created a nano-electronic circuit which vibrates without any external force.

Using a tiny suspended wire, resembling a vibrating guitar string, their experiment shows how a simple nano-device can generate motion directly from an electrical current.

To create the device, the researchers took a carbon nanotube, which is wire with a diameter of about 3 nanometers, roughly 100,000 times thinner than a guitar string. They mounted it on metal supports at each end, and then cooled it to a temperature of 0.02 degrees above absolute zero. The central part of the wire was free to vibrate, which the researchers could detect by passing a current through it and measuring a change in electrical resistance.

The surprise came when they repeated the experiment without the forcing voltage. Under the right conditions, the wire oscillated of its own accord.

The nano-guitar string was playing itself.

Lead researcher Dr Edward Laird of Lancaster University said: “It took us a while to work out what was causing the vibrations, but we eventually understood. In such a tiny device, it is important that an electrical current consists of individual electrons. The electrons hop one by one onto the wire, each giving it a small push. Usually these pushes are random, but we realized that when you control the parameters just right, they will synchronize and generate an oscillation.”

So what note does the nano-guitar play?

“The nanotube is far thinner than a guitar string, so it oscillates at much higher frequency — well into the ultrasound range so no human would be able to hear it.

“However, we can still assign it a note. Its frequency is 231 million hertz, which means it’s an A string, pitched 21 octaves above standard tuning.”

The nano-oscillator could be used to amplify tiny forces, such as in novel microscopes, or to measure the viscosity of exotic quantum fluids. These experiments will be pursued in a new laboratory that Dr Laird is setting up in the Physics Department at Lancaster, supported by a €2.7M grant from the European Union.

The Nano-guitar String that Plays Itself
Spread the love