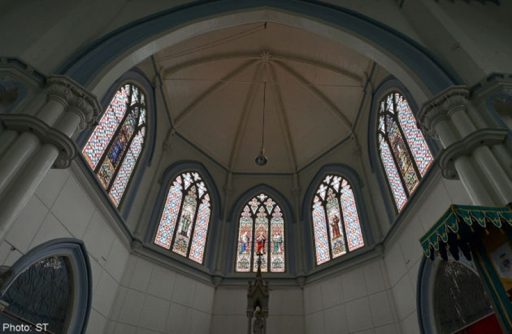 PETALING JAYA – Policemen stopped a Sunday service at a church which mostly catered to Indonesians in Kajang after they received complaints from the public about the “noise”.

However, the service was allowed to continue after the policemen told the pastor Nelson Sembiling that they would return with the letters of complaints.

Sembiling, who is from Indonesia, said two policemen came 10 minutes after he started delivering his sermon.

“They said they had received complaints about the noise. I asked them if I could finish delivering my sermon first.

“They said I had to stop the service immediately or they would call their superiors. I told them to go ahead,” he added.

The officers then told him that he was allowed to continue with his service, but they would come back with the letters of complaints.

“This is the first time I have been stopped while delivering a sermon,” Sembiling said in an interview yesterday.

Sembiling said he had no plans to lodge a police report.

He said the church had been located at a different place in Kajang for the past four years until it moved to its present location near the Kajang bus station in September.

The church is attended by Indonesian Christians living and working in the area.

MCA religious harmony bureau chairman Datuk Seri Ti Lian Ker said the church could take legal action if there was any element of trespass or breach of authority by the police.

“We have to know if the action was justified,” he said.

Ti said Malaysians accepted the practices of different faiths as long as they did not deviate from social norms.

Serdang MP Ong Kian Ming, whose constituency covers the current location of the church, said the matter should have been handled by the local authorities, not the police.

“We acted based on a noise complaint and sent two policemen to find out more about the situation. The officers spoke to the person in charge there and were told it was a religious service,” he said, adding that the policemen then left.