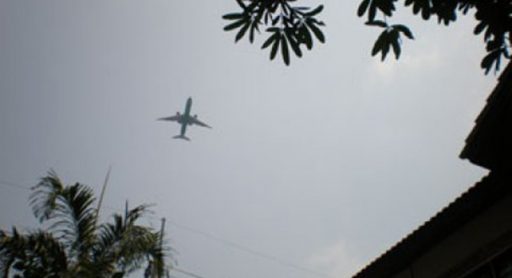 The residents submitted their letter of request through Airports of Thailand (AoT). They said compensation was promised under a cabinet resolution passed in 2006, but has not been forthcoming.

The group, led by Areeya Pomhathammakit, complained it has been more than six years since the Transport Ministry promised them compensation they were entitled to, under the Noise Exposure Forecast (NEF), so they could buy new homes.

Their letter asks the prime minister to set a clear timeframe for compensation payments.

They also asked that AoT members to be excluded from the decision, citing conflict of interest which could lead to injustice and further delays in payments.

The asked the cabinet to approve payment of compensation for houses affected by noise pollution in the areas outlined in the NEF at 460,000 baht each for house improvement, without having to go through a price assessment process.

They asked that the prime minister setup a committee to help with the assessment of properties in cases that the residents want to relocate and sell their house and land to the AoT.

Deputy Interior Minister Pracha Prasopdee, in his capacity as Samut Sakhon MP, said he is co-ordinating with Transport Minister Chatchart Sithipan to present their case to Deputy Prime Minister and Finance Minister Kittiratt Na-Ranong to be forwarded to the cabinet soon.