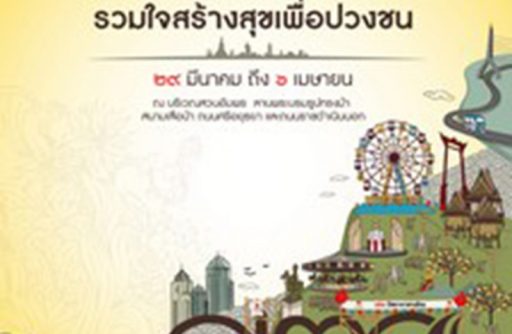 Vendors at this year’s Red Cross Fair around the Royal Plaza have been told to keep the noise down by the Pollution Control Department.

People using speakers to promote their goods and services must ensure the volume level is no more than 82 decibels, which is regarded as safe, the department has said.

The decision to restrict noise was made by the Red Cross Fair committee, Wichien Jungrungruang, head of the Pollution Control Department, said.

Those who break the new rule will be ordered to switch off their speakers or face losing the deposits they paid for their pitches.

According to the department, at last year’s event noise levels at 108 stalls, or about 71% of the total, exceeded 82 decibels.

This year’s Red Cross Fair runs from March 29 to April 6 and traffic in the area will be closed during that period.